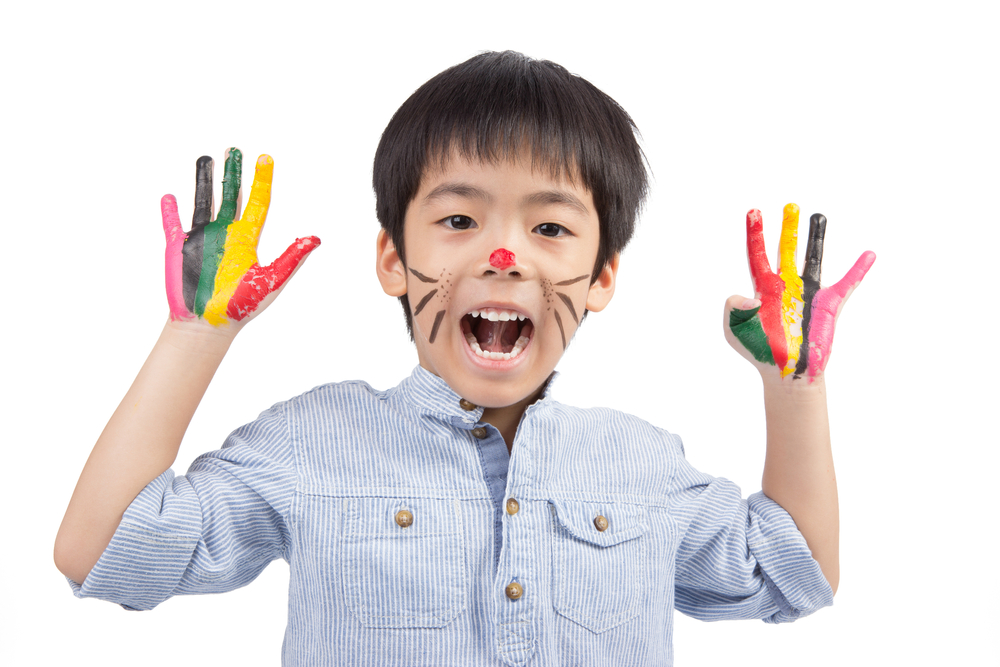 A few weeks ago, I came across this in my P3 student’s work:

This sentence translates to: He is neither a Chinese nor a Malay.

Technically speaking, this is grammatically correct but contextually, something is missing.

Instead of marking him wrong straight away, I had a conversation with him to understand what he meant by this sentence.

“I’m curious to know what person you are referring to.”

Shrugging his shoulders, he replied, “I don’t know.”

If it were me a few years back, I would have been very helpful and quickly jump in to give him a few options from which to choose. I’ve learnt a better method since then. So I kept silent and looked at him with plain curiosity. No ridicule. No judgement.

He looked at me in the eye without fear and slowly responded, “I don’t know. Maybe he’s an Indian.”

By giving more information, he doesn’t leave the reader befuddled, wondering what he’s talking about.

So he changed the sentence to: 他不是华人，也不是马来人，他是印度人。 (He’s neither a Chinese nor a Malay. He is an Indian.)

Then I invited him to think of alternatives that he can relate to. For instance, “他不喜欢吃水果，也不喜欢吃蔬菜，非常挑食。” (He’s a picky eater. He doesn’t eat fruits and vegetables.)  Not surprisingly, he was receptive to alternatives.

It would have been so much more ‘efficient’ to give a top-down ‘wrong’, reveal a ‘model’ answer and force him to do correction. However, by so doing, we would have wasted a precious opportunity to culminate this into a more meaningful discussion and broaden his view. We would have culled creativity and diversity.

This brings me to another point. Do kids really not know when they say “I don’t know?”

More often than not, the statement “I don’t know” is a cover. I’ve seen many kids who are afraid to express their thoughts for fear of being belittled. They’ve been dismissed many times by adults who cannot not tolerate the absurdity of their answers. Over time, they develop a defense mechanism. “I don’t know” is safe. It is not considered ‘wrong’.

Adults tend to tap on their vast experiences and preconceived notions, passing judgement too quickly in the process. They may have the best intention but it’s not felt by the kid. Instead, kids process crude dismissal as “I’m wrong.” That’s why I have had students share something they thought was embarrassing and quickly inserted a disclaimer, “Don’t judge” before I could utter a word.

I have the urge to judge too. However, I’ve learnt to suppress this consciously. As much as possible, I set out to understand what kids want to express and accept their opinions before guiding them further. I don’t have to agree with their views but I can accept them as they are and invite them to think from other perspectives.

The world is full of diversity. For kids to embrace diversity and come up with possibilities, it is important that we first embrace their diverse views. This is the direction I take when guiding them in discussions during my language lessons.